The statement said that Mattarella asked the government to temporarily take office until the new government was established.

Conte’s remaining ruling partners have stated that they would continue to support him. In order to form a new government, Conte needs to find new support to gain a majority in Parliament.

According to Agence France-Presse in Rome on January 26, the resignation of Italian Prime Minister Conte made Italy lose its leadership in the fight against the new crown epidemic.

In an important vote held in Parliament this week, Conte seemed bound to lose.

According to the report, after Conte and Mattarella met, the Italian President’s spokesperson said that Mattarella “reserves the right to decide (what action to take next) and invites the government to temporarily guard the duties of the cabinet.”

The report also said that Mattarella would start consultations with the leaders of the political parties on Wednesday afternoon, and the consultations might continue until Thursday. This would leave a power vacuum for the third largest economy in the Eurozone at a critical moment. 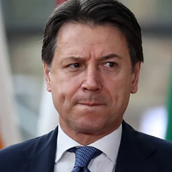 outbreak of the new crown virus. Since then, the economy has fallen into recession. The number of deaths is still increasing at a rate of about 400 people every day as parts of the country are still under partial lockdown. The vaccination plan has slowed down and the deadline for approving the EU recovery fund is imminent.

“Because of the epidemic, the country is going through one of the worst periods in history,” Di Maio tweeted on Monday night, “What we need now is unity. All of us must unite around Giuseppe Conte.”

According to reports, earlier in January, the former Prime Minister Matteo Renzi’s Italian Vigor Party withdrew from the ruling coalition on January 13, which greatly weakened the fragile coalition that had led Italy since September 2019. Since then, the Conte government has been on the verge of collapse.

The report noted that the prime minister survived a vote of confidence last week, but failed to get a majority in the Senate. Despite several days of meetings with the senators to win their support, Conte seems to be losing an important judicial reform vote in the coming days.

Volfango Piccoli of the consulting firm Tenio said: “Conte’s plan is to avoid a disastrous defeat in the Senate this week by acting early, and he can increase the possibility to get the authorization to form a new government from Mattarella. 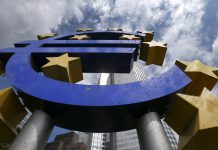