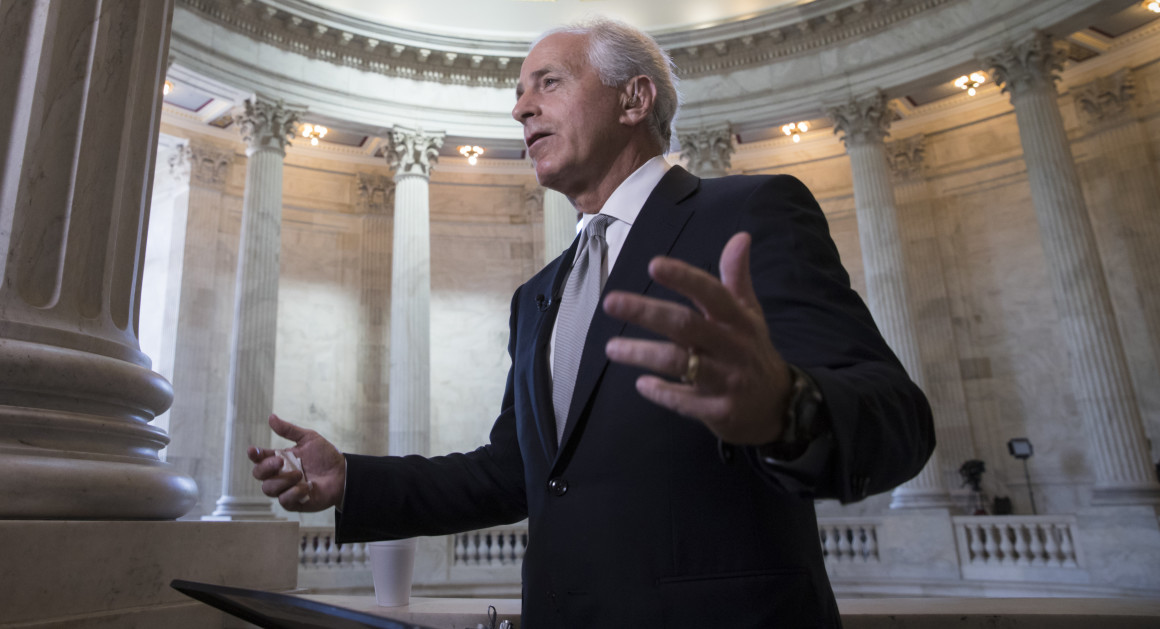 The Senate has sent your house an offer to fix the hitch who has delayed a well known package of bipartisan sanctions on Iran and Russia – including limits on President Donald Trump’s ability to ease penalties against Vladimir Putin’s government.

The holdup of the sanctions bill that passed the Senate with 98 votes has alarmed Democrats who worry the home GOP could be using the cover of your constitutional objection to produce Trump-friendly changes or bottle on the legislation entirely. But Republicans have vowed likely convinced of getting tougher on Tehran and Moscow, dismissing any suggestion that the procedural hiccup is politically motivated.

Senate Foreign Relations Chairman Bob Corker (R-Tenn.) said Wednesday that your necessary tweak to your upper chamber’s sanctions bill involves “a small, little language change” knowning that GOP members and staff on both sides in the Capitol “are all working together.”

But it’s around your home to approve the Senate’s proposed “easy fix,” Corker applied a brief interview: “I have no idea of what they are going to do on their own side. I’m hoping they will go on it up quickly and they might well do this.”

A spokeswoman for House Methods Chairman Kevin Brady (R-Texas) confirmed receiving the Senate’s language. "We’re making good progress on this issue and dealing to assure we get this right,” the spokeswoman added.

The trigger for any delay of your Senate’s Iran and Russia sanctions package, according to an origin accustomed to the holdup, is just one provision inside vast bill that empowers Congress to prevent Trump from easing or ending sanctions on Russia. Altering sanctions could affect the total amount revenue collected through the government, and then bill affecting revenue is constitutionally necessary to begin in your house.

Democrats openly suspect that your House’s so-called “blue slip” objection to the sanctions bill is really a thinly veiled excuse to help the Trump administration make progress on its stated objective of warmer relations with Russia.

“Is the White House encouraging House Republicans to delay this bill to enable them to provide you with the Russians something in their upcoming talks?” Senate Minority Leader Chuck Schumer (D-N.Y.) asked inside of a Wednesday floor speech. “We are not familiar with, it sure seems possible. Even likely. As well as it a flat-out-wrong approach. As Democrats and Republicans during this chamber agree.”

Brady has pushed back for the implication that House Republicans are aiding Trump by delaying the check. The Texas Republican told reporters Tuesday that "I strongly support sanctions against Iran and Russia, holding them accountable,” adding that “at no more the time, it’s not a policy issue, it’s not at all a partisan issue – it’s really a constitutional issue that we’ll address in Congress.”

The Senate passed the combined Iran-Russia sanctions bill, 98-2, on Thursday despite resistance from Secretary of State Rex Tillerson, who testified before Corker’s committee he wouldn’t need to find out legislation that may "close the channels off" with Moscow.

The German and Austrian governments also provide criticized the Senate-passed bill being a bid to undercut Russia’s proposed gas main pipeline to Europe, another possible hurdle for the sanctions package on its way to Trump’s desk.

But for Democrats who fought to rein in Trump’s Russia policy during talks within the Iran sanctions, the prospect of an extensive slowdown internal reflection on the Senate bill is definitely causing heartburn.

If your house GOP forces the Senate sanctions bill time for four possible committees that will obtain a crack on the issue, one senior Senate Democratic aide said Wednesday, "It would get our dander up – because there might be real concern that it might be hard work to slow-walk it."