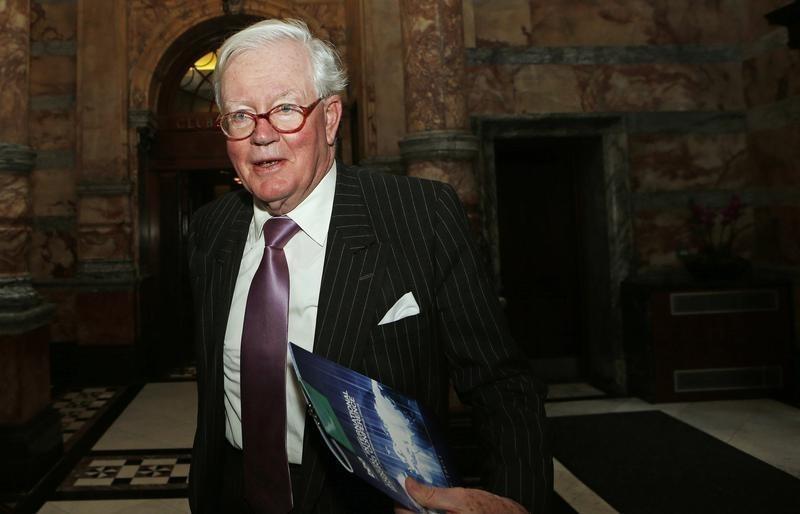 His appointment to JPMorgan comes at a time when British lawmakers are keen for the FRC to scrutinize the accounts of banks more closely.

Lawmakers have questioned regulators over why accountants gave banks a clean bill of health just months before they had to be rescued by taxpayers in the 2007-09 financial crisis.

The FRC said that the UK government’s business ministry, which appointed Bischoff to head the accounting watchdog, was aware at the time that he might take up a post at JPMorgan.

Bischoff’s appointment at the bank has been approved by the banking sector’s two main regulators, the Financial Conduct Authority and the Bank of England’s Prudential Regulation Authority, the FRC said.

Bischoff took up the reins at the FRC earlier this year after stepping down as chairman of Lloyds (LLOY.L) bank. He will work about two days a week at the bank and two and a half days at the watchdog.

An FRC spokeswoman said the regulator did not believe there was any conflict of interest in Bischoff working for a regulator and a bank.

“Potential and actual conflicts of interest are monitored,” the spokeswoman said.

Bischoff began his role as a non-executive director and lead independent advisor of JPMorgan Securities (JPMS), the Wall Street bank’s main legal entity in Europe, the Middle East and Africa on Tuesday, according to an internal memo sent by Daniel Pinto, head of JPMorgan in Europe and CEO of the global corporate and investment bank.

He will also serve on the Directors’ Risk Policy Committees for JPMS and JPMorgan Europe Limited, as well as the EMEA Governance Review Committee and the EMEA Audit and Compliance Committee, the memo said.

Bischoff’s role will involve monitoring the firm’s strategy, executive management, performance and standards of conduct and is central to its international governance, Pinto said in the note.

The FRC warned accountants in May that they must sharpen their act when it comes to checking the books of banks or they could be forced to take corrective action.